An increasing number of mortality rates in broilers became a national issue that caught quite a lot of attention in 2018. Various institutions conducted investigations of poultry diseases, one of which is PT Medion. These observations show that on December 2017 – January 2019, 40 cases were found from 8 provinces in Indonesia were found that tested positive for Fowl Adenovirus (FAdV), the causative agent of Inclusion Body Hepatitis (IBH) (Wibowo MH et al. 2019). Until today, IBH cases still occuring and raising the awareness of breeder to commercial chicken farmers.

Inclusion Body Hepatitis (IBH) is an acute viral disease that can be transmitted vertically and horizontally. IBH disease is usually found in poultry aged 3-13 weeks, especially broilers aged > 3 weeks with clinical symptoms that are almost similar to other diseases, such as decreased appetite, weak and depressed, swollen abdomen, and unusual death > 1% in a day. In anatomical pathology, the pathognomonic symptoms of IBH are swelled and hemorrhaged liver and kidneys, and also hydropericardium. Histopathologically, the hallmark of IBH is the finding of intranuclear inclusion bodies in hepatocytes. The changes of function from various organs until causing death is the reason why IBH become a disease that is quite detrimental to farmers. 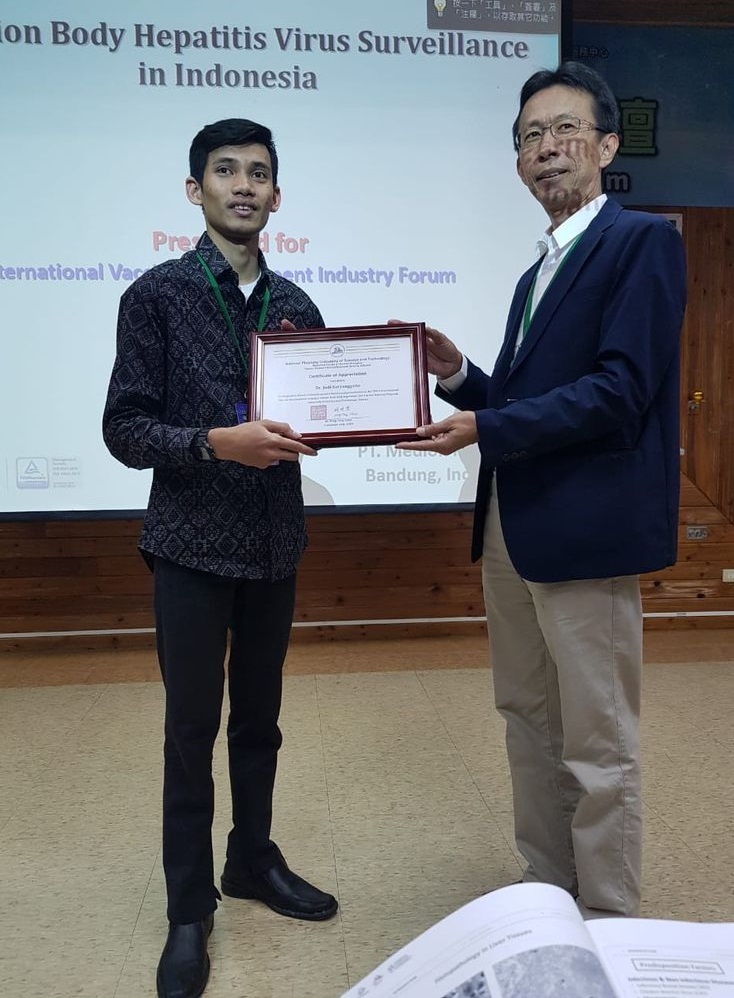 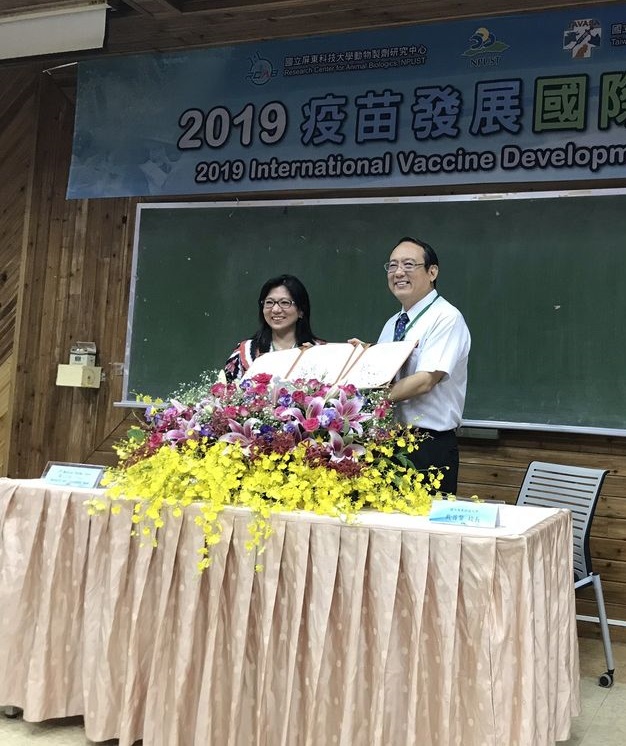 Photos: Apreciation to speakers from Medion

In its commitment to helping farmers to reduce the risk of IBH cases, Medion conducts various studies on this disease. On September 20th, 2019, Medion presented the research about IBH in the “International Vaccine Development Industry Forum” held at the College of Veterinary Medicine, National Pingtung University of Science & Technology (NPUST), Taiwan. This forum was attended by animal vaccines experts, professors and doctors in the field of veterinary medicine from Taiwan and other countries such as Vietnam, Japan, Thailand and China, and also doctoral, graduate, and undergraduate students from NPUST and other universities.

Medion succesfully find an effective way to prevent IBH disease, that is vaccination using Medivac IBH Emulsion. This product which contains 2 local Indonesian IBH viruses, which are Fowl Adenovirus serotypes 8b and 11 that is homologous to the latest field viruses. In addition, Medivac IBH Emulsion has also passed the safety and potency test so that it could be used to prevent IBH effectively. The first vaccination using Medivac IBH Emulsion in breeders with booster, is can give protection to breeders during laying period and optimize maternal antibodies in chicks. With the good biosecurity and management practices, chicken are safe from IBH attacks. Additionally, since  July 2021, Medivac IBH Emulsion has been registered in 2 Asian countries, which are Indonesia and Cambodia.

Protection Against IBH Starting from The Breeders